this piece of President Obama, as a senator, spoke to me because i think the dynamic of the cloud, his hand position, and the generally hopeful nature of this photo speaks so well to the expectations of his presidency.

i was struck by this piece because in looking over Milk’s work, i was struck by his virtual reality work, and this drawing piece speaks so well into how the downsides to media work and vr is that while it can provide wonder to some, to other it just keeps them from actually participating in reality itself. 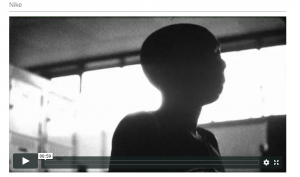 i love this piece because i also believe practice is the most underrated component of excellence. this video also includes Terry Crews, A GREATLY UNDERRATED ACTOR, whose artistic skills (acting, drawing, athletics) and his dedication to the craft are not well known. the different camera angels also assist in the grandeur and dramatics of the commercial.